The last Juniper Research report shows how the smart-home market will double in size within 2018 reaching over $71 billions. The report highlights the entertainment segment as the top driver of this growth trend, while several commentators (VentureBeat above all) aren’t confident about this forecast because of the inclusion of the revenue volume of services like Netflix that are not proper smart-home solutions.

Allied Market Research, for example, published a report with a reduced growth forecast of about $4,8 billions per year (compared to the $8 billions per year of Juniper’s report). However everybody is expecting awesome market perspectives for the immediate future and a wide range of business niches and opportunities, as the Nest’s acquisition by Google showed as well as the massive investments of Nest Labs in key segments like the smart smoke detection devices.

Considering this trend there’s an autentic rush to lead innovation and launch disruptive products and platforms in the market, to establish precious market shares. Several interesting startups are leading the innovation in USA (we’ve published a glance on the most interesting ones here and here) as well as good EU startups that have collected awards and funding rounds (Brightup, Yetu, Dymotics, Unixmedia).

Meanwhile also the big players are making their moves. Microsoft is focusing on smart-home solutions that would fit with contract project in the corporate, hospitality, residential industries. R&D labs in Redmond are performing tests on smart elevators with the Kinect technology widely appreciated in the entertainment industry. They’ve installed cams on the ceiling of the elevators in a corporate building to record and profile the behavior of people inside the building. The analysis of the movements made possible to develop a self-learning software recognizing which people are about to use the elevator or simply passing by and perform consequent operations (doors opening, etc.). It’s a pioneering prototype realizing the concept of the virtual personal assistant that, according to the vision of Mr. Eric Horovitz co-director of Microsoft R&D labs, will run on every device we use in the very next future, learning our routines, preferences and personal attitudes. It’ll interact with home appliances, office devices, and maybe our hotel room or flight seat while traveling providing a tailor-made experience (or a control freak nightmare). While waiting whether our personal assistant will be widely used or not, Microsoft showed us an important connection between the design of structured contract projects and the home automation industry, that is creating a powerful market potential. 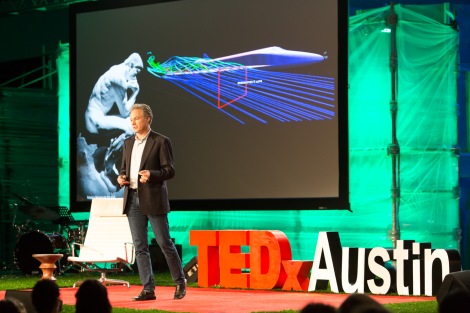 While debating on the size of the market within 2018, top players are confirming our enthusiasm in home automation industry potential. Think about Samsung and its efforts to launch its home automation platform during CES 2014 and other major tech events around the world.

A good move could be made by architect and designers. Implementing integrated technologies in turnkey projects could build a relevant competitive advantage. The world belongs to pioneers and innovators. Even in the home automation niche.