The Asian – Pacific region is confirmed as the leading destination of the FDI streams globally. Both the last UNCTAD World Investment Report and the FDI Report have highlighted this trend since last June and the latest capital investments are going this way. Considered an overall volume of $ 650 billions worldwide in 2014, over $250 bln covered projects in the Asian – Pacific region, with a 38% share. The Chinese giant has a key role, leading the region performance with a $75 bln share and establishing its position as the first country of destination in this area.

Africa also scored an interesting performance, confirming it’s the new challenge to the international investors, with an overall volume if $87 bln and a great role played by the greenfield FDIs mostly boosted by the mega-projects launched in Egypt, attracting the bigger streams of foreign capital.

It’s very important to notice how the trends are mainly market driven: countries experiencing a general economic growth are also attracting a bigger volume of foreign investments. It’s a general trend covering also other regions: India is going to overtake China on the general economic growth speed and it’s expected to fill the gap also on the FDI share in the region.

The pie chart clearly show how the Asia – Pacific region established its role in the global FDI stream, but the most interesting trend is beyond the well known performances of China and India:

Analyzing the details there are well characterized interest areas for the foreign investors, according also with the latest reports by the Financial Times. In the general ranking of the cities with the most relevant attracting potential, we have an interesting top three: Singapore, Tokyo and Taipei. Singapore has been scoring the best performances for years, valued almost 7,3% of the overall inward FDIs in the whole region realized since 2003. But the most interesting figure is the Tokyo performance, jumping to the second place fro the ninth in a single year. The relevant performance is due to the record attraction of several projects related to the high technology and IT industry. The IT and software segment attracted the biggest share of FDIs, followed by the business services and financial services related projects. 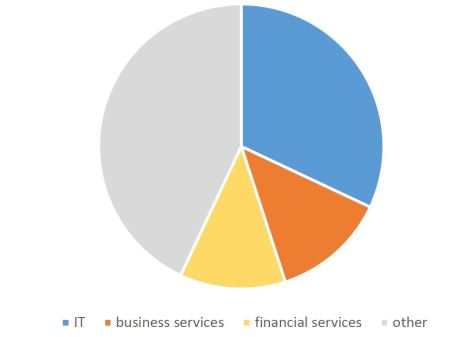 Japan’s cultural technology made its part in it: over 90% of the population is online, which is an unrivaled record in the developed countries and it’s deeply related to the high potential of the environment in attracting foreign investments, like the record performance in the networking readiness index of the World Economic Forum. One of the most relevant investments has been performed by the US-based Cisco Systems which decided to build an innovation lab in Tokyo last year, with a relevant investment in terms of financial and human resources.

The challenge is open in the Asia – Pacific region, and involves established countries as well as emerging market, evolving into a key hub for the global investment streams.