[My original article on ChinaDailyMail.com]

Activity in China’s manufacturing industry has been shrinking at a quick pace in the last four years, missing also the market expectations in the last news reported on January. The official purchasing managers’ index (PMI) registered a weak level of 49.4 in January, compared with the previous month’s 49.7 and below the 50-point mark that conventionally determines growth instead of contraction on a monthly observation period. It is the weakest index level since August 2012 and marks the sixth consecutive month of factory activity contraction, under the serious pressure of the falling price level and the overcapacity in some key industries like energy and steel, while thousands of steel workers protest in Brussels demanding protection against the alleged dumping strategies from Chinese producers.

Meanwhile the government planned a strategy to face this issue through a smart pivot move from the manufacturing sector to the services industry. The statistics bureau chief,  Mr. Wang Baoan, told a news conference that China will see an accelerated reshaping of the production with some older industries declining while new businesses would soon be “vigorously developing, further stimulating the vitality of the market.” Rather than rapid increase in services and consumption, some analysts said the restructuring is more a reaction of the China’s slowdown in the traditional industrial growth drivers with the industrial sector falling to 6.0% in 2015 from the 7.3% registered in  2014 with a slight parallel increase of the services industry from 7.8% to 8.3% in 2015. 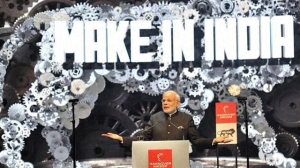 Meanwhile government officials ar looking to India’s Make in India campaign with growing interest, targeting the neighbor country as an investment destination for its companies, sending several delegations in the latest production summits in Mumbai, while the China’s Consul General in Mumbai said both countries have great potential for common development through bilateral cooperation in this field.

If we dive into a detailed analysis of the manufacturing industry evolving situation, we suddenly notice how the electronics sector is one of the most affected ones. Chin is by far the largest producer of electronics in the world, producing everything from mobile phones to space satellite systems, with an average 11% CAGR growth over the last six years, resulting in over 40% of the world’s electronics in value terms being produced in the country. At the same time, the slowdown in the output growth is raising questions as to whether China can remain the world’s factory for electronics in the next future.

Chinese workers on duty in a Foxconn factory. One of the largest iPhone manufacturers in China

There are several reasons for the Chinese industry slowdown and the major one is modest global electronics demand, which is unilateral to all electronics producers, not just China-based. Global sales of traditional electronics, have been low for years but were substituted by huge sales of smartphones and tablets. Now these products are losing their momentum with a global slump that’s expected to badly affect all the manufacturing countries.  On the production side, China is certainly losing the battle of low cost manufacturing. Over the last six years, wages rose of aprox. 16% rate, ending up with a better situation for Chinese workers earning two times more than a Thai worker, three times more than an Indonesian one and four times more than a Vietnam colleague.

Foreign workers entering Vietnam to get a factory job

Undoubtedly Chinese government has enough strength to influence the industry directly through currency devaluation that would boost exports and large-scale investment in infrastructure, which is already good even if some worthless projects have been strongly criticized, and capital intensive production, such as semiconductors manufacturing. The most solid expectations rely on a growth that will be less driven by low costs, but rather by stronger workforce expertise, growing product sophistication, highest components production and increasing importance of Chinese brands in the market. 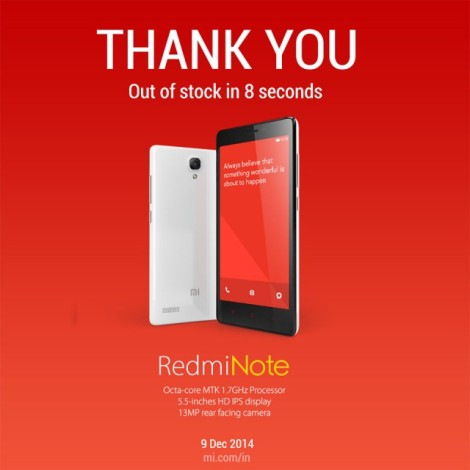 A 2014 Xiaomi ad. Xiaomi is still one of the top quality mobile devices manufacturers in China and is still distruptive both in the domestic marketn and the Southern Eastern Asia region with low cost and high quality products.