We’ve been through the US startup Qube in our Christmas Special, suggesting a good bet on three crowdfunding projects that were promising to reshape their reference market. Qube is basically a cheap, easy smart light bulb. It aims to deliver the most affordable smart light bulb on the market, disrupting a segment where established competitors are on a price point that is much higher like Philips Hue. It aims also to empower average users to scale up exploiting a lower average price of the smart home products, easily implementing the Internet of Things in their life. 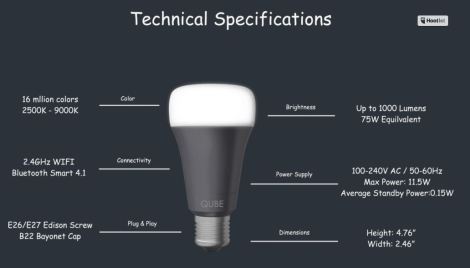 What we’ve spotted four months ago is happening now: Qube has raised 317.000 USD on Indiegogo reaching 540% of its original target and matching a high interest among consumers. Qube is set to be launched the next summer and promises to replicate most of the features of Philips Hue like the 16 million colours palette available, but without the use of any smart home hub. It comes a way simpler and cheaper compared to established products available on the market.

Qube’s bulbs can connect directly to a Wi-Fi network via Bluetooth, with your router effectively replacing the hub, and reducing significantly the costs considered that a Philips Hue starter kit (including a hub and three bulbs) is priced around 200 USD while the bulbs cost 60 dollars each. However, we’ll see how the challenge will end up, considered that Qube should deliver the current liability promises (it’s expected to last more than 50 thousand hours and almost thirty years), to effectively shake up the market. 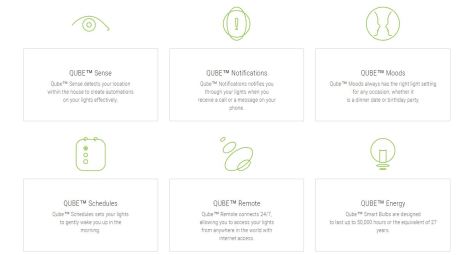 Qube will also face another challenge: the advent of small batch tailor manufacturing of hardware devices, and the spread of smartphone and mobile IT, made tech changes accelerating the process of newcomers disrupting the target markets, with the 3D technologies expected to boost this trend even more, with a pressure on price points and margins that’s already really high. The lighting market in the United States is worth aprox. 20 USD billions and is relatively a low margin business. The context has deeply changed since the first launch of Philips Hue in 2012, and the high degree of insulation against low cost competitors and tech advances that made Philips Hue a successful product segment is now practically threatened. But newcomers could face even a worse scenario if considering the lowering margin in the business.