Kudo3D is a company based in California, manufacturing professional 3D printers with a proprietary and patented technology for passive self-peeling which allows its products to be the top ones in pro high resolution stereolithography printing and deliver disruptive solutions for a wide range of industrial and professional applications. Kudo3D founder, Tedd Syao, created the first prototypes in his garage and later launched a Kickstarter campaign which ended the funding process in two minutes. We managed to have an interview and ask a few questions about Kudo3D, the 3D printing market and much more. 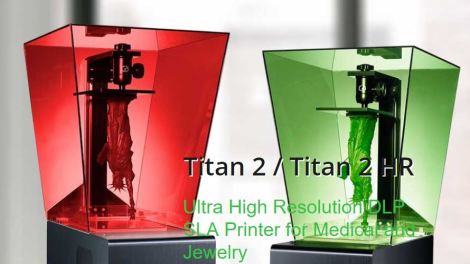 How was your idea born? How did you set up your startup?
I read an article about the “Third Industrial Revolution” on the “Economist” and believed that diversified production is the future. Since I have many years of experience in photolithography for semiconductor processing, I decided to focus on a similar technology called stereolithography and developed a prototype printer in my garage.

How did you manage your funding early stage?
My family and I put down the seed at the beginning. We also have been very successful on Kickstarter funding for two rounds. We are currently looking for the right investors to grow. 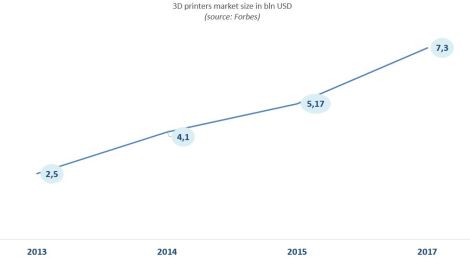 According to Forbes, 3D printers market reached 7,3 bln dollars in 2017. If we have a llok at Oerlikon forecasts, the whole 3D market (including services and software) will increase by 2.5x in the next 3 years

What’s different in Kudo3D?
We are specialized in ultra-high resolution 3D printing. Currently, we have achieved resolutions between 10 and 20 microns. We expect to bring the resolution to sub-10 micros. This will open up a lot of new applications in the bio-medical area.

Next stages: where’s your business plan headed for 2019?
We plan to release three models in 2019. “Micro” for microfluidics, “Dent” for dental and “Titan 3” for engineering. The prototypes are done for the first two and the final product will be released in two months. Titan 3 will be released by year end.

What trends are going to reshape the 3D printing market?
Trend number one is moving towards servicing sectors, the second one is replacing traditional procedures in productions, the third one is the challenge to expand material availability

Oerlikon figures show that 3D market size (only in the service and software segment) will increase by 2.5x from now to 2021 to more than 4,6 bln dollars, where’s the biggest potential and where is the industry going?
The biggest potentials are production and medical related. Production market is a replacement market while medical market is derived from new applications.

Pick three startups that, in your opinion, are worth a mention because of their innovative contribution to this industry or a close/similar one*
Formlabs, a company in Massachusetts developing and manufacturing 3D printing technology founded in September 2011 by three MIT students. Carbon also: it works at the intersection of hardware, software, and molecular science, by combining engineering­-grade materials with exceptional resolution and surface finish. Last but not least 3dhub that’s the world’s largest network of manufacturing services. The platform offers 3D printing, CNC Machining, and Injection Molding and operates a network of 7.000+ manufacturing partners.

One  more…made with Kudo3D printers. More on the company’s website

*companies descriptions added by the author