“Not another app!” would be easily telling you any consultant or IT geek you rely on for marketing. Compared to web browsing, users spend more time online with in-app traffic, but 95% of this time only goes to the top 10 apps (like Facebook, Instagram or WeChat in China and VKontakte in Russia. The real revolution of super apps comes from Asia where the phenomenon of super apps has been disrupting several industries and services for years. Super apps are native multifunctional mobile applications that allow you to combine different functions such as communication, social media, financial services, retail and e-commerce. Complex platforms that make life easy for the consumer, who can manage different services and needs on a single application in a unique and seamless experience. 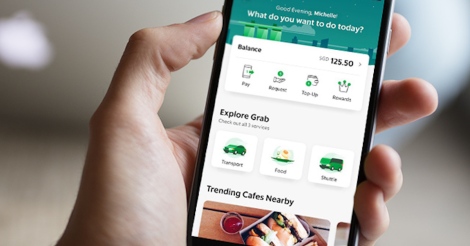 Grab, in Singapore and Vietnam, has evolved from a ride share app like Uber or Lyft to a super app that offers food delivery, shopping, electronic payments, and much more

Companies that manage to get to the market with a super app (and they can be counted on the fingers of one hand, of course) actually trigger an important leverage on their corporate infrastructure by generating additional revenue streams and building a unique database that allows them to profile consumers according to their behaviors, habits and characteristics based on different services. If an app is both social, and e-commerce, that banks online, in fact profiles my payments offline, along with social / digital behaviors and interactions, and gets to build up a highly reliable profile that adheres to the reality of me and the marketing personas that can draw through this impressive amount of data generated by users.

I will not go into the top super app worldwide, the Chinese WeChat, which alone manages more than half of the electronic payments in China, is the largest social network, catalyzes over a third of the time spent online by the Chinese, and has social e-commerce solutions without equal with miniprograms and other high value-added services for the retail world. I really want to bring attention to two less established examples but very much in tune with an area of ​​high digital acceleration such as the ASEAN block (as we have seen here and here), particularly in Singapore and Indonesia.

Not bad the Asian dominance, in Generation Z, on the overall purchases in social e-commerce

Anyone who has been to Vietnam (or Singapore) will surely have experienced the unparalleled Uber-like local service called Grab. Scooters and cars available with a practical app similar to Lyft or Uber that manages to dominate as much as possible the traffic of Hanoi, Ho Chi Minh City or quieter squares like Singapore. Grab’s ambition, since it acquired Uber’s local operations in South East Asia in 2018, has always been to expand in digital payments and food delivery gradually becoming a super app for everyday activities and services .

GrabFood and GrabPay have been strongly pushed with the usual method of subsidized service: promotions and discount coupons also in cross selling with the usual urban transport services. For example, a discount on McDonald’s delivery and credits or free ride for the next run on Grab vehicles, up to endless possibilities of loyalty and promotion. At the same time, Grab has made fundamental partnerships, without which pivoting towards other strategic investment areas would have been difficult to approach. Mastercard and Grab, for example, plan to issue prepaid cards throughout South East Asia, both physical and virtual, to serve an audience of users who do not always have bank accounts or credit cards and realize an important financial inclusion. Here the possibilities are many: by combining the vast audience of Mastercard merchants with the growing Grab user base, services, loyalty rewards, promotions and much more can be crossed, for example we think of consumer finance in the wake of what happens in China with AntFinancial of Alibaba Group.

Indonesia is a curious example that, like Grab, comes from the world of transport and that we can evaluate as significant because it demonstrates how prudent partnerships, careful and strategic investments and investments, can undoubtedly lead to generating real “platform economies “. Even starting from less intuitive terrain (from transport, it certainly makes more effort than on social media like WeChat, even though Travis Kalanick of Uber has always remembered his desire to become a super app and a super company …) you can get to generate revenue streams parallels of undoubted fertility.

Go-Jek in Indonesia follows a similar evolution, focusing on over eighteen different services, even reaching massages and beauty treatments. Partnerships with food merchants have been a winning move, while electronic payments make use of an immense customer base to serve countries with scarce credit cards in the ASEAN area and beyond

Go-Jek in Indonesia is an interesting case history that even international observers, such as Euromonitor International, highlight in their reports. In 2011 the service began as a uber of motorcycles, with over two hundred thousand drivers in twenty-five cities, up to offering over 18 different services with the aim of becoming the super app par excellence in the country: food delivery, commercial shipping, house cleaning , even massages and beauty treatments (Go-Clean and Go-Glam). The capital that Go-Jek has obtained in recent investments has been massively used by the company to accelerate the digitalization and implement partnerships with banks, drivers, the retail world and companies in order to enrich, consolidate and expand the offer of services. Smart moves in the food industry allow Grab to affirm Go-Pay as a digital wallet par excellence signing partnerships with over 85% of food merchants with strategic campaigns of discounts and targeted loyalty.

The next step, as soon as you gain important market shares and activate parallel revenue streams, is definitely to put the enormous data base produced by the super app to profit, making the most of the black gold of the new millennium: the data. Case histories that…will make history?

An example of Grab coupon for food delivery which, through a strategic loyalty program, serves customers with an approach aimed at cross-selling services