The progressive widespread of FabLabs is the most innovative and interesting news in design and architecture world. A FabLab is basically a fabrication laboratory: a community workshop with ultimate machineries for laser cut, milling and 3D printing that allows just-in-time and tailor made production. The Massachusetts Institute of Technology (MIT) opened one of the first FabLabs (now part of a structured network) in the world, pioneering  the concept of personal fabrication mostly on a localized and small-scale basis, offering a brand new perspective on great challenges for several industries and sectors. The average price of the basic machineries needed in a FabLab dropped consistently, boosting the creation of low-budget, crowd-sourced or non-profit FabLabs all over the world and in the main Universities with design or architecture courses. With less than $20.000 in the USA you can easily set up a basic FabLab with the hardware needed to encourage the design community to develop and produce products, spare parts, tools and more.

Big corporations and organisms like pharma companies, or the US Army are widely and quickly exploring the potential of FabLab technologies, while crowd-sourced workshops are founded in many countries. Good examples are the S.T.E.A.M. Room in USA, providing an intense training and consultancy programme, or the FabLab Torino in Italy, with an interesting credit and membership system providing a shared use of the structure among the community members, developing also a good project portfolio still growing.

But the big issue is not all about design potential or just-in-time features: the international contract market and architecture firms will have relevant benefits from this technology, especially for structured turnkey projects. Mini-FabLabs have been already transported and set up in construction sites allowing a shorter supply route and a better control on tools and building elements. Bu wider industrial FabLab networks would be a powerful tool for architecture companies and contractors aiming at delivering elements and products specified in the building specs, with the shortest lead time and with the bettere tailor-made potential possible. 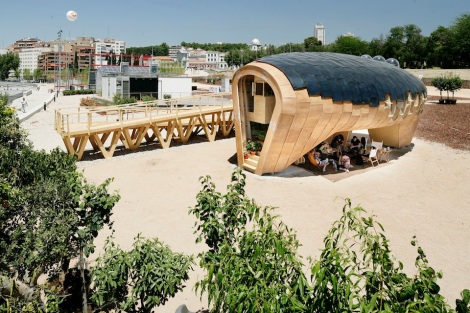 ICA, a major mexican contractor, realized a prison (maybe not the happiest example of application…!) with a the CasaFlex System

An Italian University (Roma Tre) successfully realized the Med in Italy project with some well known Made in italy excellence design products, and will launch a new project in the 2014 edition.

Therefore the good news comes from Mexico, in my opinion. ICA, a major engineering, construction and contract company in the country, realized a national contract using the CasaFlex system launched by the Mexican architect Carlos Garcia Velez y Cortazar (here an interview). CasaFlex is and industrial system that uses mass-customization of precast concrete elements, configured as needed and produced on a just-in-time basis from BIM (Building Information Modeling) files. The structural diagram of the elements is designed to resist earthquakes and many other structural stress sources, allowing a great cost efficiency and a very short lead time. A powerful system that could be revolutionary for the international contract market, dealing with turnkey large-scale projects.

From the local, small-scale dimension to the industrial use there’s and infinite potential. Creativity is the only limit. But creativity never cares about borders. 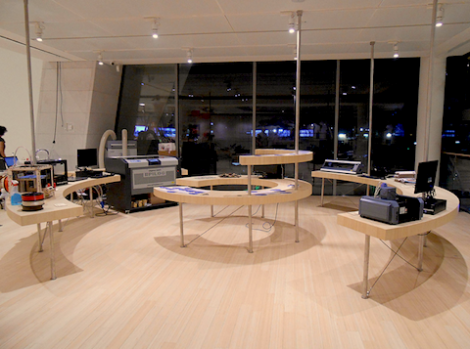